Sweeping structural change to British architects’ design of their lives 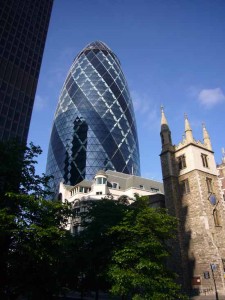 Here’s the structural change an architect must fear the most: the increasing popularity of prefab construction.

This is the lay of the land in Europe generally and Britain in particular, as The Economist noted, hot on the heels of news that the Stirling Prize had gone to Haworth Tompkins’s Everyman Theatre in Liverpool.

This is mainly because of the subsidence caused by the financial crisis with budgets shrinking (sometimes to a crawl space). The Architects Council of Europe says the sector has shrunk by 28% from 2008. In Britain, it’s declined by as much as 40%, according to the Royal Institute of British Architects.

Cheaper building methods, such as pre-fab, seem to be the result rather than the reason for the declining business available to architects. With falling budgets, comes the need to innovate. It’s not quite cutting one’s coat according to the cloth; more the need to use chipboard to execute projects that are functional but not flashy. British builders are, accordingly, doing a great deal better than British architects. As The Economist writes, “Many commercial buildings, such as the latest generation of hotels built by Travelodge, a budget chain, are now made of prefabricated containers in order to cut down on designers’ fees. Governments are also promoting modular construction, which requires less input from architects, partly because of the technique’s eco-friendly credentials. The European Commission has said that by 2020 it wants 5% of new buildings to be built out of prefabricated panels made of straw.”

All of which must sound horrendous to any architecture student contemplating the grand design of their life.