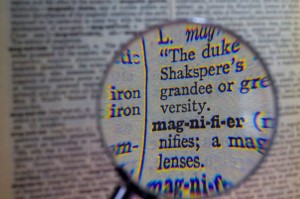 It’s fair to say that the UK’s English Language Day, eleven days ago now (October 13), is less well known than the United Nations’ annual lingua-fest of the same name. This is odd for two reasons.

First, the UN fest is not about English particularly. It’s meant “to celebrate multilingualism and cultural diversity as well as to promote equal use of all six of its official working languages throughout the organization“. Somewhat confusingly though, April 23 was chosen as the date for the UN’s English Language day because it is the anniversary of William Shakespeare’s birthday.

Second, the UN celebration is just four years old, while the other, at 652, is arguably the grand-daddy of all commemorative days.

The UK’s English Language Day began life on October 13, 1362, when the chancellor opened parliament for the first time in English. Till then, it had been French.

From then, English became the official language of law and law-making.

In the centuries since, English has taken over large swathes of the world. Spoken by nearly two billion people or over a third of the planet’s population, it’s got to a point that nearly every country might quite conceivably – and justifiably – have an English Language Day of its own. Manglish. Hinglish. Singlish. Ninglish.