Namaste Haiti: Going out for an Indian ‘via the Far East’ in Port au Prince 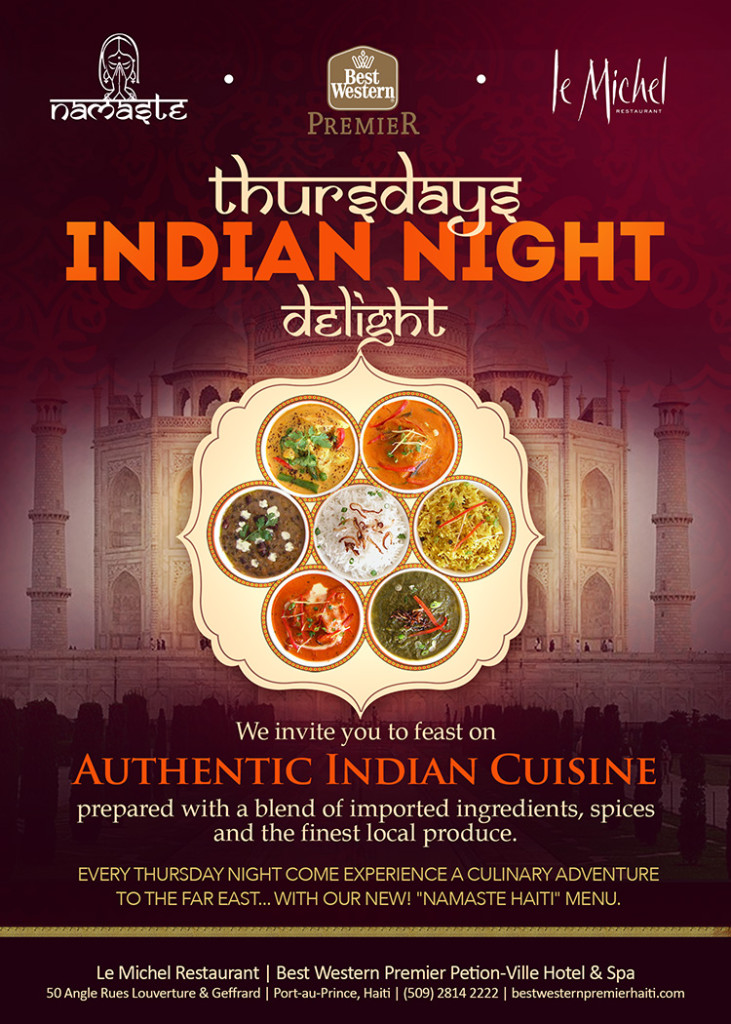 The ‘Namaste Haiti Indian Night delight’ offered every Thursday by the Best Western Premier hotel in the Haitian capital, promises “a culinary adventure to the Far East”.

The offering is pregnant with gastronomic promise and positively swollen with gargantuan geographical ignorance.

But the inexactitude that classes India as the Far East underlines the real and notional distance to Haiti. For Haiti, as I wrote in The Hindu, India is distant and unknowable. From Port au Prince, India “seems literally and figuratively to be at the other end of the earth.” How could it be otherwise, with just 250 Indian businessmen and professionals and Missionaries of Charity in Haiti? Even the Indian ambassador is non-resident and based in Havana.

And yet, the Best Western’s Indian menu says something about new awareness of the sub-continent. Till now, Port au Prince had just the one Indian night, one Tuesday a month. It was at the Quartier Latin and the result of a private initiative by an Indian-American businessman. But, Haiti’s Best Western, which is jointly owned by two Indian-Americans and a Haitian, seem to smell success in laying on a weekly Indian repast.