Tunisia’s missing election, or the news story that was barely there 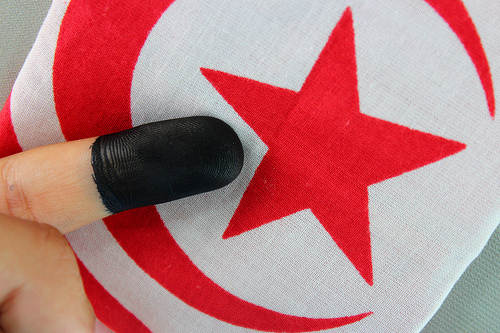 On Sunday, October 26, the BBC World Service started the day – and its news bulletin – with the Ukrainian election. Only if you were a news junkie, or had the time and inclination to listen all the way through, would you have found out that another, possibly more significant, election was underway elsewhere in the world.

It was in Tunisia, where the so-called Arab Spring began, after the overthrow of dictator Zine al-Abidine Ben Ali, setting off uprisings across much of the Arab world. And it is here that the promise of that awakening has been fulfilled wholly and in full measure. Unlike Egypt, Libya and Syria, which respectively ousted, lost or still-battle long-ruling leaders, Tunisia has steered a fairly steady course since 2011. It has spared its people Egypt’s turmoil, Libya’s chaos and Syria’s civil war.

An instinctively secular country, Tunisia has managed a remarkable compromise between secular and Islamist movements. Earlier this year, it approved the Arab world’s first gender-neutral constitution, which also allowed for these elections to be held.

But it has a menacing undercurrent of hardline Islam; more than 3,000 Tunisians are estimated to be fighting for Islamic State in Syria and Iraq, and Tunisian security forces are constantly on the alert against militant conspiracies at home. When the authorities stormed the home of suspected militants in a suburb of the capital Tunis, two days before the election, the story made the headlines internationally. In that brief moment before its date with democracy, the world seemed to be holding its breath for fear that Tunisia too, like much of the Arab world, might find it difficult to complete its democratic transition.

Now, it seems to have managed it. The secular Nidaa Tounes party has won the election, a result that has been gracefully accepted by its rivals. This is a promising and progressive result – the only real piece of good news from a troubled region.

Arguably then, this was the crucial election of the year, far more so than in Ukraine. The Ukrainian poll allowed the world to test the strength of pro-Western sentiment in Russia’s backyard. But the Tunisian festival of democracy makes it a template for the rest of the Muslim world; an example of how to blend religion, rationality and real-time change; a snapshot of what might be if the Arab peoples seize the initiative and the narrative, offering an alternative vision for the future to that of violent militant groups.

(Tomorrow: Tunisia symbolizes an ideology that isn’t an ism, as in jihadism)