From Putin’s Russia with love: A dedicated TV channel for the UK 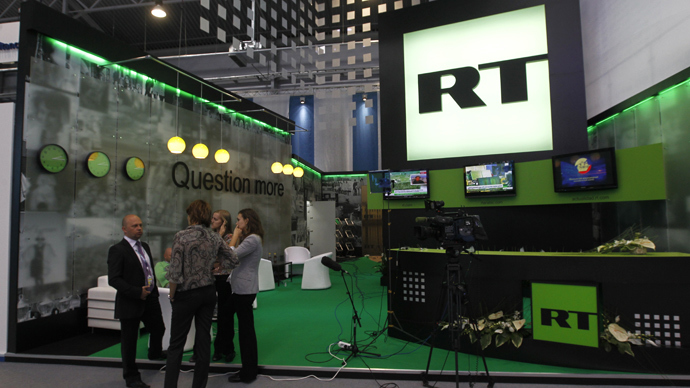 RT UK launches today in a sign that Vladimir Putin’s Russia is determined to take the propaganda war firmly into the enemy camp.

The channel was launched in 2005 as Russia Today, only to rebrand itself a few years later, as the more hip-sounding RT. For some little while now, it has been a key component of Mr Putin’s new world order. Cynics sum it up as follows: A place in everything for Russia’s point of view and everything in Russia’s point of view. In 2015, RT will get 30 per cent more funding from the Russian government on this year’s budget. This largesse comes with high expectations. Last year, Mr Putin exhorted RT staff to “break the Anglo-Saxon monopoly on the global information streams”.

So, what can British television viewers expect from RT’s five-hours of dedicated UK programming? As The Guardian reports, the channel’s slogan is “question more” and it positions itself as an alternative to western news channels such as the BBC and CNN.

So in news terms, RT wants to be seen as non-aligned. In the way of the Soviet-leaning group of nations, the Non-Aligned Movement?