Tunisian election symbolizes ideology that isn’t an ism, as in jihadism 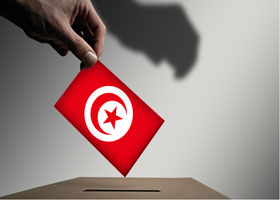 Expect Tunisia to drop off news bulletins, at least till November 23, when it returns to the polls to elect a new president.

Observers say that’s when a new government is likely to be formed because Tunisia’s new constitution decrees the president share power with the prime minister and parliament.

What does Tunisia’s non-newsiness say about the country that triggered the so-called Arab spring? The peaceful, relatively vigorous election of October 26 suggests that Tunisia is on its way to becoming a template for the modern Muslim state. Almost everywhere else seems to at various stages of fighting or favoring what Fareed Zakaria recently described as an “ugly phenomenon…(that embraces) an ideology of opposition and violence against the modern and Western world”.

Summing up the dark, umbilical cord that links the man who shot and killed a Canadian soldier in front of the National War Memorial last week, Martin Rouleau Couture, who ran over two Canadian soldiers in Quebec and Zale Thompson, who attacked four police officers in Queens, New York, also last week, Mr Zakaria points out, “none of them was born and brought up a religious Muslim”.

He goes on to stress, “These are not people steeped in Islam — people for whom the religion has shaped their worldview over decades, people who were motivated by their immersion in the religion. On the contrary, these were unstable young men, prone toward radicalism and violence. They were searching for an ideology that would fit their disturbed worldview, and in the radical and jihadi interpretations of Islam, they found it.”

But this “tiny minority” of radical new Muslims needs to be challenged, mostly, he says, by Muslims themselves. They “need to make sure that Muslim countries and societies do not in any way condone extremism, anti-modern attitudes and intolerance towards other faiths,” he writes.

That’s where Tunisia’s peaceful democratic transition comes in. It seems to link a 21st century Muslim state to modern systems of political belief and deliverance.

(Tomorrow: Jihadism for export & Tunisia has other problem isms, such as elitism)