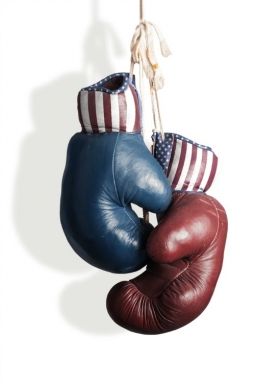 Funnily enough, tomorrow’s US midterm elections may be all about three D’s: dynasty, deja vu, die-hardism. You’d rarely expect to associate these with so fiercely democratic a political system but by all accounts, we can reliably expect the following on election day:

The BBC’s Tom Geoghegan has a great explainer here. The highlights:

The only change we can expect to see after election day, November 4, is that the Senate will probably become majority Republican, further strait-jacketing President Obama. The Republicans need just six seats to gain control and historically, the party in the White House loses support during the midterms.

Turnout is likely to be lower than in the presidential poll. It usually is in the midterms, especially when there’s no real hot-button issue to get voters out.

George P. Bush, grandson of former president George H. W., is running for land commissioner in Texas. In Georgia, Jason Carter, grandson of former president Jimmy Carter, is running for governor. This is not a bad thing in itself, but the culture of name-recognition, political pedigree and the ability to raise large amounts of cash is becoming so much a feature of America’s trysts with democracy it is stifling the change it votes to see.