Midterm elections: Does the US have too much law & too much democracy? 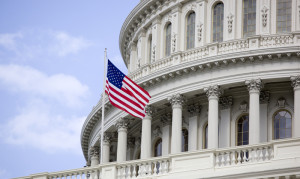 America’s midterm elections today, Tuesday, November 4, are a good day to consider Francis Fukuyama’s diagnosis of democracy in the US.

This is rather morose, but that’s not for any want of natural optimism on the part of Professor Fukuyama, one of America’s leading political scientists and a keen observer of political development and decay.

So to the midterms, the US general elections that routinely take place roughly halfway through the four-year presidential term. All 435 seats in the House of Representatives are up for elections, and less than half of the Senate.

In theory, the midterms are a jolly good thing, keeping the party that has its person in the White House on its toes. Can we, should we ever, object to too many elections?

Yes. As Professor Fukuyama says in his new book ‘Political Order and Political Decay’, the US is paying the price for a political culture based on distrust of executive authority. There is, literally, “too much law and too much ‘democracy’ relative to American state capacity.”

This sounds profoundly wise but what does it really mean?

As Glenn C. Altschuler, Thomas and Dorothy Litwin Professor of American Studies at Cornell University, sees it, Professor Fukuyama is concerned about “the slow erosion of the quality of governance and the consequent loss of democracy’s appeal,” especially in the check-and-balance-laden United States and European Union.

Every political system is organic and requires adaptation to, what Professor Altschuler calls, the “changed conditions by governments and the people to whom they are responsible”.

The US, it could be argued, has done so poorly or not at all. Which seems to make the midterms a necessary but incomplete democratic fest.