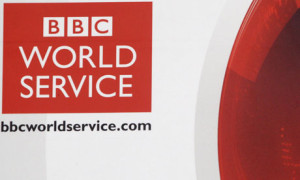 Partisan or not, every rational consumer of news must agree with The Guardian’s passionately argued view on the future of the World Service. It sums this up in eight words: ‘Preserve and protect this jewel in the BBC’s crown’.

There are very real reasons to shine the spotlight on the World Service at this point of time.

In five weeks, Fran Unsworth becomes director, the first woman in the role in the World Service’s 82-year history. More important, it’s been a mere seven months since it stopped being funded by the British government and by British licence-fee payers instead.

This is not, as The Guardian points out, just another way of hiding government subsidy. It has real consequences for the World Service, which has to compete for funding with domestic BBC outlets, which include television and local radio. In an age of straitened newsroom budgets, the difficult case must constantly be made for British people to agree that it makes eminent good sense to pay, using The Guardian’s example, for a Hausa-language service in Nigeria.

This is an undoubted challenge, with empire and global clout receding ever further in Britain’s collective memory. But, as has often been said and The Guardian reiterates, it would be “astonishingly shortsighted” to see the World Service as an outmoded remnant of Britain’s imperial past. With an audience that’s just a little short of 200 million, the Service extends Britain’s reach to parts that other media outlets cannot. “Other nations would kill for” its reputation and brand, says The Guardian, pointing to the billions China is ploughing into overseas broadcasting, while Vladimir Putin tries to extend the reach of the Kremlin-backed RT with a dedicated UK television channel.

Where else, I ask you, would you find out about Somalia’s first attempt to create a postcode, and thereby, a national mail delivery service? Or an interview with a Saudi female comic? No other broadcaster has the bandwidth and ability, as well as the taste and temper to signpost the changes underway in our turning world.