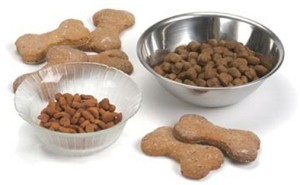 The OZY article is very clear why we should all care that NYC columnist Anne Kadet decided to eat nothing but dog food for an entire week.

“Because maybe a doggie bag is the next natural extension of the food-crazed world?” runs the blurb at the top of the piece.

I like the question mark at the end of that sentence. Clearly, Ms Kadet was not sure a doggie bag really is the natural extension of the food-crazed world. Nor was OZY.

But it wasn’t a fad or a dare. Perhaps a weird way to get everyone’s attention? She says the trigger was her paleo diet. Meat, eggs and vegetables were fantastic but cost a fortune and took a lot of cooking. She says she “couldn’t help notice that my dog’s high-end kibble —like my paleo diet — is high in protein, grain-free and gluten-free. It’s made with ‘simple, holistic ingredients’. It’s fortified with omega-3 and omega-6 and antioxidants. The best part? Canidae is an expensive dog food, but at 85 cents a meal, it’s a lot cheaper than eating paleo.”

So she switched to the dog food diet. So what if it makes her pre-lunch excitement taper off “a bit like going to call a friend and realizing he is still dead”. So what if it requires heavy duty chewing. So what if it’s “dry and gritty, has a nutty, slightly sour taste, like a healthy breakfast cereal.” So what if its super-uber dog stew tastes as follows: “metallic and disturbingly bland. If North Korea produced a canned chicken dinner, it might taste like this.”

At the end though, two pounds lighter (and having spent many more dollars than on a paleo diet) Ms Kadet decides it’s pricey and socially impossible to carry on with dog food.

Now for the cat food experiment? Should make for another OZY piece.