McDonalds UK @ 40: The vigorous old age of youth as it grows and grows 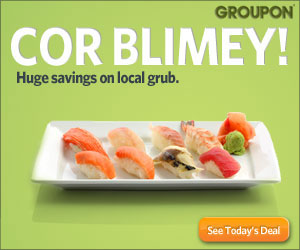 Yesterday was McDonalds’ UK’s 40th birthday. In Woolwich, just down the road from where I am, it opened its first restaurant in the UK on November 13, 1974. As Harry Wallop recounts in The Daily Telegraph, the company had wanted a swish West End site, but the only landlord selling properties was Burton’s, the menswear chain. Its Woolwich shop was closing and McDonalds moved in.

It’s been a pretty Happy Meal from that unpromising beginning. Today, the chain is at 1,249 stores – number 3 in terms of food and drink chains in the UK, the first being Costa (coffee) and the second, Greggs (the baker).

But what has McDonalds really meant for the British palate, nearly half a century on? On the BBC, William Sitwell, judge on ‘Master Chef: The Professionals’, said it changed the concept of set mealtimes and democratized eating out.

But Bee Wilson, food writer and columnist for ‘The Sunday Telegraph’, who recalled what a big treat it was for a schoolgirl to be taken to Britain’s only McDonalds, disagreed.

She pointed out that Britain had plenty of fast food before (fish and chips, for instance), just not that kind “salty-sweet”, giving Britons a hunger for different set of tastes.

She may have a point – McDonalds is thriving in the UK; in the US, not so much.