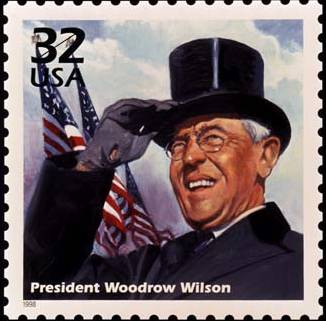 As Sean Braswell recounts in OZY, not all lame-duck periods are alike. Woodrow Wilson is a case in point. By the time he was halfway through his second term, he had achieved a number of tremendous things. A little like President Obama’s Patient Protection and Affordable Care Act (a.k.a. Obamacare)?

So, by 1918, Mr Wilson had pushed through landmark legislation, including the Federal Reserve, income tax and antitrust laws. He had nominated the first Jewish member of the Supreme Court and was trying (again like Mr Obama) to end American involvement in foreign wars.

He was also dealing with a deadly influenza outbreak (again, shades of Ebola?)

In view of the seriousness of all of the above, he had declared that “politics is adjourned”, paying little attention to the mid-terms. He had decided he had things to do and was reasonably popular anyway.

But the Republican rout (largely because on this wartime President’s appeal for support for his party) rendered him fairly ineffective. Even though he wasn’t strictly a lame-duck because he didn’t face a two-term limit (that would come with the 22nd Amendment in 1947), he was unable to lead the US to ratify the Treaty of Versailles and enter the League of Nations that he had helped shape.

(Tomorrow: Ronald Reagan – another kind of lame-duck. Swim not sink)