How the Hunger Games, a dystopian adult series, became dangerous 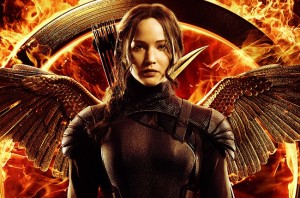 China and Thailand are taking a raincheck on the third installment in the ‘Hunger Games’ movie franchise, which opened in the US and elsewhere on Friday.

“… the film’s overtly political narrative may have fallen afoul of Chinese censors,” it says, because “it’s set in an invented world where a highly centralized, authoritarian state holds sway over deeply impoverished and oppressed hinterlands.”

And it’s been just a few months since the current Thai government came to power on the back of a military coup. The Post says that Bangkok is wary about the film because it features the three-fingered salute as a gesture of defiance and solidarity against the state.

Earlier this week, five Thai students were arrested and interrogated in northeastern Thailand after they flashed the salute in protest at an event with Prime Minister General Prayuth Chan-Ocha.

Odd how a dystopian adult series of books have become a dangerous political statement.