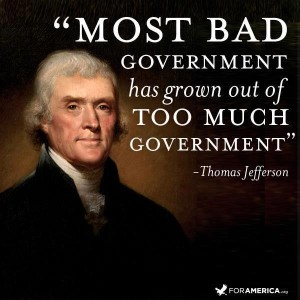 “Ebola reminds us of the importance of government and civil society”, says Joseph E. Stiglitz, economics Nobel laureate and Columbia University professor. “We do not turn to the private sector to control the spread of a disease like Ebola. Rather, we turn to institutions…”

There, in two sentences, is one of the unexpected lessons of this terrible outbreak of disease. Underfunding national and global agencies is short-sighted, when, as Professor Stiglitz points out, “even right-wing fanatics who want to dismantle government institutions turn to them when facing a crisis like that caused by Ebola.”

They, and other countries, can’t rely on market forces and the private sector to do the job best left to a publicly-supported collective like government.

So, the Ebola crisis is a tragic but timely reminder of the importance of enough government.