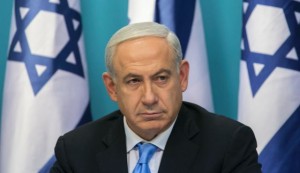 Try as he might, Benjamin Netanyahu will never be able to reconcile the semantics of the word “democracy” with the sort of sound bite politics that seeks to limit rights in the Israeli state to its Jewish majority.

But they aren’t strictly equal, and Mr Netanyahu knows it, unless Israeli democracy is to be a tyranny of the majority. If he got his way, the value of democracy in Israel would be a precise figure: 80. That’s the percentage of the population who are Jewish.

How would such majoritarianism square with Israel’s repeated boast that it is “the only ­democracy in the Middle East”?

It seems to depend on whom you ask. Indian prime minister Narendra Modi, who has aligned his country as close to Israel as is decent and possible in his six months in office, has spoken of constitutionally secular India as a Hindu country that would welcome Hindus from everywhere, especially Bangladesh.

He did not offer the embrace inscribed on the Statue of Liberty, generally the first glimpse of America for most early 20th century immigrants fleeing persecution or in search of a less-onerous life. Rather than the “huddled masses, yearning to breathe free, the wretched refuse of teeming shore”, his welcome was only for Hindus “who are harassed and suffer in other countries”. Like Mr Netanyahu, he could argue he was pursuing the wish of the majority, a genuinely democratic exercise for an elected leader.

There is a decided problem with democracy in countries like Israel and India, 66 and 67 years old respectively. They hold regular elections and throw out governments even as they lurch between two manifestations of muscular nationalism – aggressive victimhood and ugly chauvinism.

Having elections is not always a wholesome indicator of democracy’s health. Is it any wonder that even some of the greatest champions of liberal democracy aren’t so sure about it any more? When the Berlin Wall fell and the Soviet Union crumbled, American political scientist Francis Fukuyama argued in his book, The End of History, that it was the final ideological triumph of free market liberal democracy.

For a few hopeful years, his view that Western liberal democracy had won and was the final form of human government seemed vindicated by the dramatic rise in the number of democratic countries boasting universal suffrage. Fukuyama argued that the end of the Cold War was the culmination of the ideological evolution and liberal democracy was here to stay.

That was then. Recently, he published a study of the ‘political order’ from the dawn of time. Depressingly titled Political Order and Political Decay, it offers a doleful verdict on liberal democracy. It is devilishly hard to achieve properly, he says. Not every democracy can “get to Denmark”, ie have accountable institutions, competent governance and rules that apply equally to everyone.

What might help explain the imperfect, quasi-democracies of Israel and India is his view that political development should occur in the correct sequence and modern state-building should precede democracy.

Mr Netanyahu’s attempt to establish an hierarchy of citizen’s rights is a case in point. So too India’s epic struggles with corruption and the provision of basic universal services – the “things that people really want”, as Fukuyama puts it.

As one US ambassador to Haiti – certainly the poorest if not the most wretched country in the western hemisphere – memorably explained, illegal immigrants don’t leave for American shores to obtain the right to vote but for goods and services and the chance of a better life.

State incompetence in delivering this can actually subvert democracy, dulling a people’s desire to make their will known through their chosen representatives. Mr Fukuyama calls this “getting to Cairo”, a nod to democratically elected Muslim Brotherhood’s spectacular failure.

But here’s the point about democracy: in principle it’s a jolly good thing. Most states want the label (and the T-shirt). Though they don’t all “get to Denmark”.