Will iPhone 6 cannibalize the iPad market? Does it matter? No, says Apple 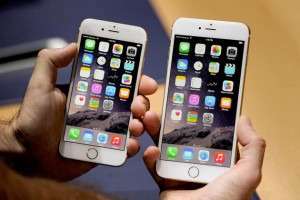 Quartz predicts that it’s too early to tell what long-term effects Apple’s new, bigger-screen iPhones—the 6 and 6 Plus—will have on its iPad business. Quite so. The 6s have just come onto the market and any prediction would be premature if it came sooner than six months into this cycle.

That said, there’s some interesting data from Pocket, a service popular with people who want to squirrel away internet pieces to read later on their phones.

Pocket said that people who owned the iPhone 6 or 6 Plus were reading and watching more inside their service (33% more articles and videos for the 6 and 65% more items with a 6 Plus).

Quartz has analysed these findings very sensibly. The 6s are brand new and might just be the fun toys of the moment. Pocket is just one company measuring usage patterns of just one strand of its users. And Apple has always seemed sanguine about an Apple product cannibalizing devotees away from others.

Last but not least, it says something about the ultimate value of a bigger screen – a tablet – that most people return to their iPads at night.