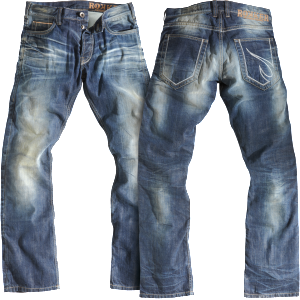 It’s called the denim-breaker club and it offers this incredibly specialised service – breaking in your jeans for you.

If you’re the one doing the breaking-in, you have to pay a small deposit when you take charge of the jeans, log their social life in History Tag (basically a record of all that’s happened while they were being broken in) , never ever (and this is supremely important) wash them in that crucial six-month period and eventually, just scoop up 20% of the proceeds when the garment sells.

The news comes via kottke.org. For the uninitiated, kottke is one of the longest continuously running blogs on the web. As it puts it, it’s “been in operation for 16.7065 years. Approximately.” It focusses on “a pair of hand-wavy ideas: the liberal arts 2.0 and people are awesome.”

Kottke says they thought up the need for a denim-breaker for the wealthy some months ago. The idea was, “basically a dog-walking service but for jeans. It was mostly a joke, but in the age of Uber taxiing kittens to your office for you to cuddle with, no such idea is truly off the table.”

Who would’ve thought it?