In 1900, Britain and the Netherlands had as little forest cover as Haiti 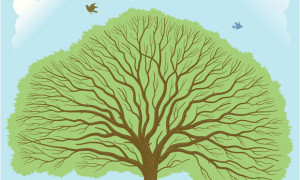 Europe’s forests have grown by a third over the last 100 years. It’s a greener continent than it was a century ago. In many ways, there’s a great deal to celebrate.

This is the fascinating conclusion of a research project led by Dutch scholar Richard Fuchs from the University of Wageningen.

“More than 100 years ago, timber was used for almost everything: as fuel wood, for metal production, furniture, house construction,” Mr Fuchs explained to The Washington Post.

Add to that the basic fact that both the Netherlands and Britain had empires that relied heavily on the sea. They needed wood to build ships. Is it any wonder that in 1900, a mere two or three per cent of Britain and Holland was covered with forests.

That’s about what it’s like in deforested Haiti right now.