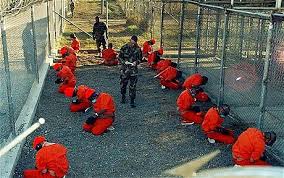 “The Senate’s torture report says a CIA operative held a cordless electric drill to the body of a top al Qaeda suspect and turned it on,” wrote Elias Groll in Foreign Policy after the US Senate published its summary. (Click here to read my piece on the subject).

Reading that dreadful account reminded me of all those stories on Islamic State’s beheadings in the year. Countless Syrians, Lebanese soldiers, Kurds, a couple of American journalists, one American and two British aid workers, have been beheaded by the murderous group. Then they put their gruesome handiwork on social media.

Except for that last point, the comparisons aren’t that far off though it wasn’t meant to be that way.

(Tomorrow: Jihadist groups are the new Mafia in their use of the wages of crime)