#Sydneysiege: There’s Uber rage for every outrage, but is this necessary? 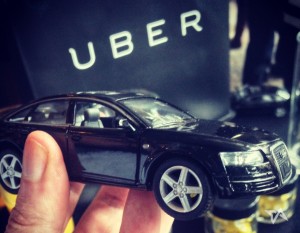 There’s an Uber for every outrage. Just consider the story that started trending during Monday’s #Sydneysiege, as Muck Ruck reported:

“’@Uber, which is price gouging during AU hostage crisis. What sad sorry clowns,’ tweets Seth Mnookin in the wake of another Uber PR disaster: briefly charging downtown Sydney users a minimum $100 to flee an armed hostage crisis, reportedly the result of ‘automatic surge pricing meant to get more drivers online’ (13,000+ shares). Not a good look, Uber.”

Muck Rack went on to say that another journalist said Uber “couldn’t get any worse if they tried”, while a third journo, Charles Jaco, decided that “This is an evil company”.

Isn’t this rather extreme?

Uber cabs were NOT the only way to leave Martin Place the day of the cafe siege. As journalists in Sydney have subsequently made clear, the trains were running and there were multiple other ways to leave the Central Business District. So it’s not as if Uber was condemning people to certain death by jacking up prices.

And yet, there is something about Uber that really seems to get everyone’s goat, believe the worst about it and put out the very worst information possible. I think it must be outrage, the sort of burning sense of injustice that comes with someone getting away with something. “Getting away” are the operative words. People suspect that Uber is doing something wrong – and in plain sight. Without looking into – and understanding – the minutiae of Uber in different locations, people assume that it operates on the same contract-worker business model everywhere.

In New York, Uber has to conform to the city’s cabby-licensing standards. Drivers must pass drug tests and submit fingerprints so authorities can see if they’ve been convicted of violent crimes.

In Delhi, till it was banned, it probably aggregated unlicenced minicabs, but then that’s the way the Indian capital runs. (Or doesn’t).

In Abu Dhabi, who knows?