In the 1950s, Pyongyang routinely attacked movie theatres in Seoul 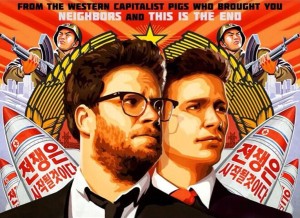 In all the kerfuffle over the cyber attack on Sony Picture’s comedy film ‘The Interview’, here’s an interesting bit of historical perspective on North Korea.

After the Korean War, one of North Korea’s favourite destabilization tactics in Seoul was to attack movie theatres with hand grenades.

This reminder of Pyongyang’s behaviour in the 1950s is produced by a ‘newsroom’ for KGS, which is Kforce Government Solutions, an enormous company headquartered in Virginia. KGS  does a lot of contract work for the US federal government.

This is useful to know now that Sony has confirmed it will not release the film internationally, in any form, even as Hollywood reacted with dismay over the “ threat to freedom of expression”, President Obama stressed that the hack was “very serious” and lawyer Alan Dershowitz has said “This is Pearl Harbor on the First Amendment”.