The end of the 113th US Congress. Good riddance but for one thing 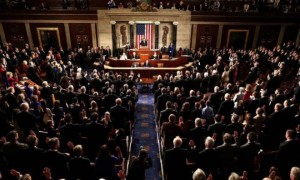 Would you believe that the 113th US Congress died after passing this significant piece of legislation – marking the centennial of the passenger pigeon extinction?

As Dana Milbank explained in The Washington Post, “this bipartisan legislation recalled the Sept. 1, 1914, death at the Cincinnati Zoo of Martha, the last of a population of ectopistes migratorius, once 3 billion-strong in North America. It hailed the work of Project Passenger Pigeon, devoted to making sure Martha did not die in vain.”

He went on to say it was probably “a perfect end to what was, by just about every measure, the worst Congress ever.”

How does one measure this?

By the effectiveness of its law-making abilities. But more than 10 per cent of the nearly-300 bills this Congress presented to the President by this Congress “were about naming or renaming things and awarding medals”, says Mr Milbank. It did not pass into law even a single one of the 12 annual appropriations bills this year and no budget resolution. This has left US government spending limping along with that horrible susbstitute – continuing resolutions – which are not a firm statement of intent and reason to spend anything.

As has often been pointed out, this squeezes domestic spending in an unsustainable way.

This Congress also failed to take any sensible action on immigration, the economy, the tax code and the fight against Islamic State, complains Mr Milbank. All of which is unfortunately, hideously true.

But one thing that it did do, which Mr Milbank doesn’t mention, is that it acted on December 13 in response to nationwide protests against police brutality.

As this report says, wonderingly, “Congress Just Passed a Bill Addressing Police Killings While No One Was Looking”. It goes on to describe the bill “passed by both chambers of Congress and headed to President Barack Obama’s desk (which) will require local law enforcement agencies to report every police shooting and other death at their hands. That data will include each victim’s age, gender and race as well as details about what happened.”