Life in Abu Dhabi: Why I went to Yas Island to buy an Ikea Lack table, again 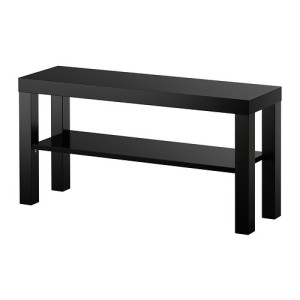 When I moved to Abu Dhabi, I bought an Ikea ‘Lack’ table. Again.

Despite three houses of furniture in other parts of the world and warehouses full of ‘stuff’, I had to turn to the ‘Lack’ and other Ikea staples (the ‘Ingertorp’ dining table, ‘Terje’ folding chairs) to fill my bare flat.

That’s why it amused me to read this Washington Post piece on how and why the ‘Lack’ table is always on Craigslist in the D.C. area.

“It is purchased at a time when life is as unstable as the cheap table will eventually become. There’s no point in buying something nicer, its owners say, when they’re just going to move soon anyway. Because in the District, moving is what young people tend to do. The median age of people movinginto the city is about 26, and it’s 29 for those migrating out,” wrote Jessica Contrera.

She adds that ‘Lack’ tables are some of Ikeas’s most popular items, with most popular in this case also meaning most boring. It’s plain. Very simple. Can be used to gel with everyone’s decor. And only $19.99 or $39.99 for the coffee table, depending on the size. Here in Abu Dhabi, it was 59 dhs for the coffee table on wheels and 35 for the TV table. Though I still don’t have a TV (alas, they don’t sell those in Ikea).