Delhi is due a crash course in gender awareness. Girls, some common sense 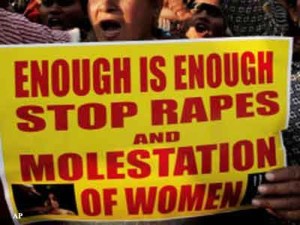 Open magazine has an interesting piece on just how hard it is to be a woman in Delhi. A professional woman, with perhps a few friends, and the odd invitation to meet them somewhere of an evening. To see a film. To have a lively conversation. A coffee. A meal.

It’s okay if you have your own car (and driver) but not so easy – and safe – if you’re female and want to be out and about at night and are planning to rely on public transport or minicabs.

That’s true and it’s also true that Delhi is very different from Mumbai, which has always been much safer for women and where policing is pretty rigorous and licencing standards (and governance generally) is much better. Delhi has a fairly conservative attitude to women – it looks askance upon them smoking in public places, for instance, and will draw the very worst conclusions.

So yes, Delhi is due a crash course in gender awareness. But Delhi’s women are also due a crash course in common sense. This is not to suggest that we don’t have the right to be safe, just that we have some responsibility for protecting ourselves in the circumstances that obtain in Delhi. (And many other parts of the world). It’s not a good idea to fall asleep in a minicab (any minicab) in any city anywhere in the world, late at night. In a London black cab perhaps but not in a London minicab. Certainly not in a Delhi minicab. This is what that 27-year-old woman, who was raped by an Uber driver on December 5, reportedly did.

Here’s Open’s account: “In the late hours of 5 December, a 27-year-old woman, a finance professional working for an MNC in Gurgaon, reportedly had an evening out with friends at a pub at Cyber Hub, a lively promenade of eateries amid the glass-and-chrome glitz of the suburb’s business zone. After that, it was time for her to head home in north Delhi. It was 10 pm. She had an app for Uber, a San Francisco-based radio taxi service, on her smartphone. She asked for a cab to pick her up from a friend’s residence in Vasant Vihar, some 15 km north of Gurgaon. Uber, a US-based brand, was assumed to have all its drivers reliably verified and every cab tracked via GPS, as is expected of modern taxi services. She dozed off in the backseat of the cab; when she did not respond to the driver’s queries about the route to be taken, he reportedly switched off the phone given to him by the cab network (and hence the GPS navigation and tracking system downloaded via app on it) and drove past her home to park in a secluded area near a garbage dump, where she woke up. By her account, he raped her on threat of killing her by inserting a rod into her, a horrific reminder of the physiotherapist’s ordeal. After the sexual assault, he dropped her near her house, threatening to kill her if she dared inform the police.”

To me, a veteran of cab/public cab services (think of matatus in Uganda!) in many countries, it sounds very human but a lamentably poor decision to “doze off” and “not respond to the driver’s queries about the route to be taken”.

Women are better advised to have animated conversations with someone on their mobile phone. It keeps the cab driver on his toes. And keeps bad thoughts away. It works – in most parts of the world.