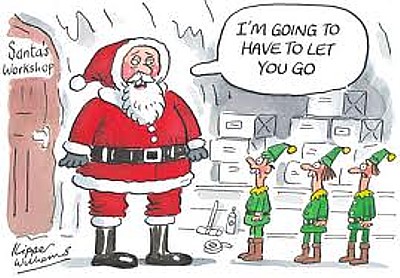 Euphemism is an art. And a science designed to soften and sanitise. The Economist’s Prospero blog recently pointed out the indispensable value of euphemisms to marketers and advertisers selling weapons and feminine and scatological products.

But euphemism was made to bypass unpleasant ideas, associations and events.

As has often been said, euphemism has three major uses:

–   it can soften something

–   it can disguise something for polite company

–   it can make light of something gross

Herewith, some good examples of softening:

* Passed away instead of died

* Correctional facility instead of jail

And here’s what we might use in polite company:

* Adult entertainment instead of pornography

* Use the rest room instead of go to the bathroom

* Break wind instead of pass gas

Finally, here’s how to toss off something difficult to say:

* Batting for the other side instead of homosexual

* Croaked or kicked the bucket instead of dead/ to die

* Making whoopee instead of having sex

But the most euphemistic expression may be what The Economist describes as its defence correspondent’s takeaway from a tour of a French arms factory. “His guide, showing off a certain item, touted it as “highly efficient in the anti-personnel function,” writes Prospero. “In other words, very good at killing people.”