Next big thing: Dumbphones smart enough to access the internet 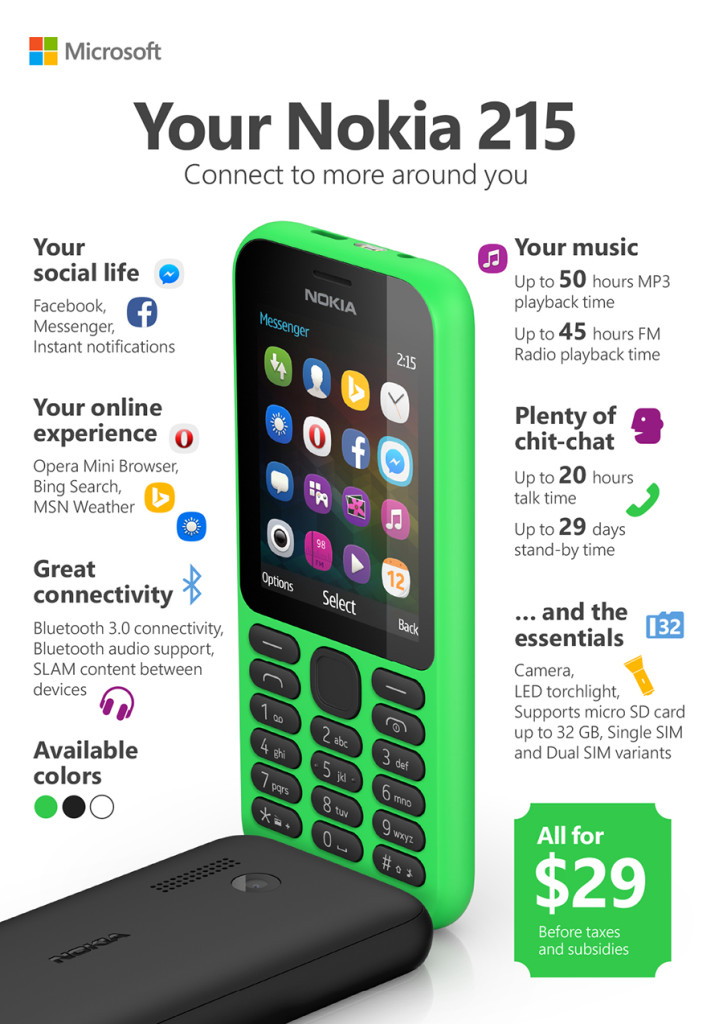 Dumbphones just smart enough to access the internet will probably be the next big thing.

Microsoft has just announced a new entry-level mobile phone bearing the Nokia brand and it’s a steal at $29 before taxes. If I were in the ‘global south’ – Haiti, the Domincan Republic, Afghanistan, India, parts of the Middle East – and without a whole lot of money, I’d want the Nokia 215 (or at least a second-hand one when it gets that old), which Microsoft has dubbed the “most affordable Internet-ready entry level phone yet”.

It’s a big claim and I suppose the bluetooth that provides internet does make it true. Just.

Microsoft adds that it is “our first entry-level phone to come with Facebook and Messenger with instant notifications”.

Most everyone thinks a dumbphone like that is a really smart move. It’s aimed at first time mobile buyers, first in the Middle East, Africa, Asia and Europe and will probably trade off price, capability and Nokia’s brand recognition in emerging markets.

As Techcrunch put it Microsoft’s preloaded Facebook Messenger indicates that it’s “hoping to tap up the appeal of the social web as a stand in for the full-fat Internet, which isn’t going to be any kind of pleasing experience on this handset”.