The digital road is the only way towards faster, holistic development 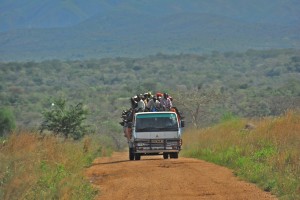 Bjørn Lomborg recommends the digital road out of poverty as for the developing world. Mr Lomborg should know or at least should be able to make a pretty good guess. He’s an adjunct professor at the Copenhagen Business School and has written copiously – and controversially – about the world’s problems (not least climate change and the green movement).

He argues that making broadband access may be the best way forward because it improves the lives and earning potential of poor people.

Yes, but how does the internet work for the illiterate? With audio and video, in fact, quite like a mobile phone plus plus plus.

Professor Lomborg says knowing where to concentrate development resources and priorities matters ahead of the September conference at the United Nations, when 193 national governments will meet to finalize targets for the world to meet by 2030.

Mr Lomborg’s think tank, the Copenhagen Consensus, has asked 60 teams of economists, including several Nobel laureates, to investigate possible targets with the best return on investment for every dollar spent.

He says that a new analysis by Emmanuelle Auriol and Alexia Lee González Fanfalone of the Toulouse School of Economics suggests that broadband could be one of the best.

And he quotes a McKinsey report, which estimates that bringing mobile broadband in the developing world to the levels of the industrial world could add $400 billion annually to global GDP and create more than ten million jobs. The World Bank too , he says, reports that a 10% increase in broadband penetration increased GDP growth by 1.4% in low- to medium-income countries.

Clearly, closing the digital divide may be the best chance for development for countries like India, Afghanistan and Haiti. Each is at a different stage of development, but each is definitely not part of the developed world and needs to know the best route to get there.

(Tomorrow: Close the digital divide by going straight through to mobile broadband)