What can the Nigerian army do by March 28 that it couldn’t in last 5 years? 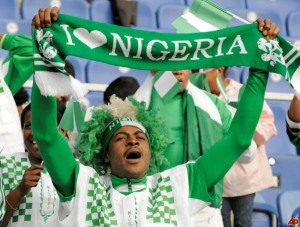 What can the Nigerian army do by March 28 that it could not in the last five years? It’s a legitimate question just days after Nigeria’s February 14 election was finally postponed to a point six weeks hence.

Kicking the can down the road will be no help, many Nigerians are now saying. It’s a discouraging commentary on the state of things in Nigeria.

Even before the election was postponed, The Economist was pointing out that the Valentine’s Day poll was hardly a choice. Nigeria had to elect a president who would “face problems so large—from rampant corruption to a jihadist insurgency—that they could break the country apart, with dire consequences for Nigerians and the world.”

And the choice was between a failed incumbent and a former military dictator.

Could anything be more grim?

Yes, as a matter of fact.

The personalities are key but the systemic dysfunction is truly dispiriting in Africa’s biggest economy, as it considers prospects ahead of its most important election since the restoration of civilian rule in 1999.

In the five years that Mr Jonathan has been president, Nigeria’s endemic corruption has been (if it were at all possible) even more entrenched.

And, as The Economist pointed out, “on Mr Jonathan’s watch much of the north of the country has been in flames. About 18,000 people have died in political violence in recent years, thousands of them in January in several brutal attacks by Boko Haram, a jihadist group that claims to have established its ‘caliphate’ in territory as large as Belgium. Another 1.5m people have fled their homes.”

One has to wonder what the army was doing in Nigeria, the giant of west Africa, while all of this came to pass?

Where was the government’s will – and direction – in all of this?