How would I feel had my daughter been switched at birth with another baby? 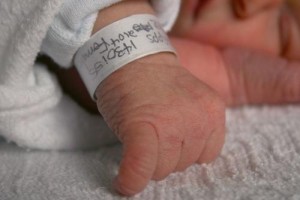 Anyone with a child will be well able to imagine the anguish of the two French families whose daughters were switched by mistake in a Cannes clinic 20 years ago. That’s the conventional view, but then again, let’s think what you lose if you honestly raise a baby believing her to be your own (perhaps with some suspicions that she isn’t).

What are they being compensated for? It must be for the emotional pain of not ‘knowing’ your own parent, child, brother or sister. Knowing as in living in the same home, sharing weeknight suppers, homework, burnt toast, cramped car journeys, fun holidays and all those memories that come of being a family.

But here’s the thing about many of those families with switched babies: they generally hold on to the child they’ve raised. And the children (if they’re old enough to make a decision) generally elect to stay with their non-biological families.

This is the case even with the French families in question. Sophie Serrano, non-biological mother of Manon, whose blood family came from the French Indian Ocean island of Réunion, says of the girl she raised for 20 years: “Our relationship is more than close. We were so afraid to lose one another that we realised how much love we have for each other. We don’t need the same blood to feel part of the same family.”

Interestingly, both families didn’t swap the children once the mistake was proved 10 years ago and a criminal action against the clinic launched.

It speaks to the solidity of the human connection – with or without a biological bond.

What’s the money for then? Compensation for the other possibilities that might have come as part of someone’s genetic inheritance? The missed connections that were inherent in our genes?