Much of the population growth is happening in sub-saharan Africa 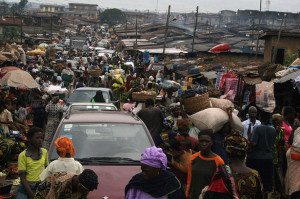 Sub-Saharan Africa, the poorest region in the world, will be the main engine of demographic growth on the planet this century, says Bjorn Lomborg, an adjunct professor at the Copenhagen Business School and editor of How Much have Global Problems Cost the World?

That’s a problem and the answer may be as simple as providing women, especially those in sub-saharan Africa with access to modern contraception.

Professor Lomborg suggests that it would be a key decision to provide contraception for the 215 million women worldwide, a large share of whom are in Africa. African countries produce 38% of the world’s newborns.

Contraception to women in sub-saharan African would cost about $3.6 billion annually but it would mean an estimated 640,000 fewer newborn deaths, 150,000 fewer maternal deaths, and 600,000 fewer children losing their mothers. The economic benefits, he says, would be roughly $145 billion.

I’m not sure how he’s costing that, but being Lomborg, he’s probably got the figures down flat.