What good are economists if they can’t predict a crash or get rich? 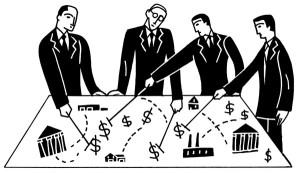 What good are economists? asks Robert J. Shiller, which is a bit rich considering he’s one himself.

But Professor Shiller, a Nobel laureate in economics who teaches at Yale, isn’t being droll. Or petulant. He’s voicing the bewilderment of many people who just can’t seem to see the point in having economists around to propound the view that the markets always know best.

When clearly, they don’t. As illustrated very recently by the global financial crisis and recession of 2007-2009.

Professor Shiller acknowledges this and points out that economists have been singularly bad prophets of doom for most of the major crises in the last century, including the severe 1920-21 slump, the 1980-82 back-to-back recessions, and the Great Depression after the 1929 stock market crash.

He writes, “In searching news archives for the year before the start of these recessions, I found virtually no warning from economists of a severe crisis ahead. Instead, newspapers emphasized the views of business executives or politicians, who tended to be very optimistic.

“As far as I can find, almost no one in the profession – not even luminaries like John Maynard Keynes, Friedrich Hayek, or Irving Fisher – made public statements anticipating the Great Depression.”

Except, that is, for the Swedish economist Gustav Cassel. Professor Shiller says that he called it right in a series of lectures at Columbia University in 1928, warning of “a prolonged and worldwide depression.”

But he was too technical to catch the imagination and the Great Depression happened and that was that.

Even so, there was no particular public outrage at economists’ incompetence or inability to forecast events. But the most recent crisis has prompted the very question that I quote at the top of this blog.

Professor Shiller suggests that the anger may be on account of “the  perception that many economists were smugly promoting the ‘efficient markets hypothesis’” and would not call out flaws – or even see them – in a timely manner.

But he reject this criticism as unfair and says it’s akin to blaming “physicians for failing to predict all of our illnesses.”

But then they wouldn’t be economists but day traders!