Kejriwal should look to Indonesia for inspiration 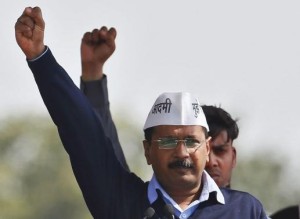 Arvind Kejriwal has been in his job for less than a week but his rise to power in the Indian capital is being watched nationally and internationally as a potential game-changer.

As Delhi’s elected chief executive, Mr Kejriwal runs a city of an estimated 20 million people that is the seat of national government and is seen to showcase the rising India. His Aam Aadmi (Common Man) Party’s landslide victory handed prime minister Narendra Modi’s BJP its first serious political defeat eight months after it was swept into office.

The charismatic and well-dressed Mr Modi appeared to be flying high untilMr Kejriwal – in his famously grotty muffler – demonstrated that he had even more of the common touch than Mr Modi by winning 67 of 70 seats in Delhi’s local legislature.

But most of all, Mr Kejriwal’s agenda for action is so audacious – endingIndia’s endemic corruption and slaying the “VIP culture” – that he is seen as a modern hero. And if he has any successes on this score, he will have created a huge national (and international) following as well as a template that could liberate the rest of India from the tyranny of its incompetent and corrupt ruling class.

Can Mr Kejriwal do it? There is already talk of him eyeing the national stage but to make that leap, he must first deliver for Delhi. There are inherent problems with this plan, most of all that it is a mammoth task and voters who provide an enormous electoral mandate are also likely to be the most impatient. Delivering results is not easy and Mr Kejriwal has a dispiriting political track record, having previously failed to stay the course. Last year, he won the same election to the same job and resigned after a chaotic and confrontational 49-day period in office.

But he apologised for the hasty exit during this election campaign and Delhi’s voters forgave him enough to award him another chance to effect the change for which they thirst.

That must be Mr Kejriwal’s compass as he charts his course. If he reads his mandate right, he will come to the same conclusions as another political outsider. Joko Widodo, now president of Indonesia, was another seeming non-politician who won high political office because voters wanted clean government.

Mr Kejriwal should be in little doubt about Delhi’s mandate. His administration has been talking most about halving electricity tariffs and providing free water. But more than the populist promises, the huge vote for the AAP reflected India’s rising rage against corruption. In Mr Kejriwal, a former tax inspector and anti-corruption activist, the voters of Delhi clearly believed there might be the chance to restore ethics to public life and replace expensive paper trails through murky offices with more transparent ways to live better and happier.

But how can one man do all of this, and quickly?

The immense burdens of those expectations are leavened by lessons right there in the region. Consider the political trajectory of Jokowi, as he is popularly known in Indonesia, which is afflicted by problems similar to India – corruption, misrule and a political culture of entitlement.

Jokowi tackled this by starting small. First, he made a success of his tenure as mayor of Surakarta in central Java by employing care and compassion. He sought to preserve and promote Surakarta’s historic attributes without discouraging modernisation. For example, rather than sending the police to clear street traders blocking traffic, he engaged the peddlers in lengthy discussions and created safe and accessible places to ply their trade. He revitalised historic modes of transport and built walkways to encourage people back on to Surakarta’s streets. Zoning laws were enforced to discourage malls in the historic heart of the city.

After a job promotion to Jakarta, Jokowi promised and delivered better services and cleaner governance by moving people from slum areas, giving them free health care and creating better access to education.

Sometimes, he would do the simplest things – filling holes in the streets and planting trees. With surprise visits to government offices, he fought his promised war against bureaucratic inefficiency and corruption one battle at a time. In his trademark white shirt and cheap shoes, the governor would often jump out of his official car and on to a motorbike to beat Jakarta’s notorious traffic jams. They loved him for it.

Then, he became president, subverting the political insider, Prabowo Subianto, who belonged to one of Java’s elite families.

Mr Kejriwal’s lessons in effective proactive governance must start right with Jokowi’s example. Rather than big-ticket steps like the anti-corruption bill that forced Mr Kejriwal’s resignation last time around, he should borrow some of Jokowi’s simple homespun measures to curb graft – for instance, “one-stop shops” for business permits, where uniformed civil servants conduct their business in full view of the public.

Like Jokowi, Mr Kejriwal has a tremendous advantage in his non-political background. It has enormous appeal. People elect non-politicians because they seem to be maverick heroes, exciting the young by renewing what one Indian commentator said after Mr Kejriwal’s victory, “the thrill of a (democratic) mystery”. Mostly, the mystery is about sensible and sustained execution and whether Mr Kejriwal can make the transition from impassioned activist to effective administrator.