Wal-Mart will pay its workers more. Is this proof that a better world is here? 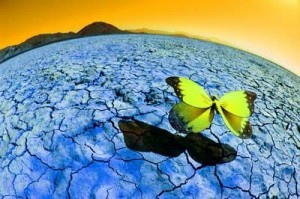 Here’s a remarkable bit of good news: Wal-Mart Stores Inc., the world’s largest retailer, is to raise its workers’ pay.

Not for all of the 2.2 million people it employs worldwide, together with its subsidiaries, but for half-a-million workers.

Do such examples of corporate  care illustrate the better world theory propounded by Bjorn Lomborg? (Professor Lomborg, who’s director of the Copenhagen Consensus Center and an adjunct professor at the Copenhagen Business School, often features in these blogs, mainly because he uses a mixture of common sense and statistics to underline the great gains humankind has made in the course of 150 years. He edited a book that he described as a human “scorecard” but it was not about being self-congratulatory, but to provide key data and insight. Read my blog on this, from November 2013, here.)

Back to Wal-Mart. It says that better pay is part of its worldwide investment in e-commerce and in its employees. It’s been criticized so often and so fiercely for its low wages that the news is heartening. From April, its staff will begin earning at least $9 an hour, rising by another dollar by February 2016.

As has often been said, investing in people is the best use of a company’s profits and pays off big time and American companies like Costco and Trader Joe’s have known this – and practised it – for a long time.

Many say that Wal-Mart is being canny rather than caring. The Washington Post writes that the retailer’s decision is based on a particular “profit motive”, which is to say that “it’s getting out ahead of laws that could force it to raise wages anyway – and tamping down a union drive that would cause bigger problems down the road”.