Abercrombie & Fitch and the end of the usual fashion statement 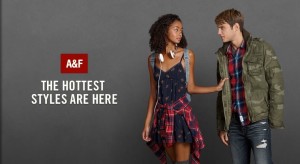 The headscarf is not the end of Abercrombie & Fitch, just a symbol of how much the world has changed. Lots has been written about the case brought against the clothing retailer by Samantha Elauf, who was 17 at the time that she was denied a job by the company because she did not meet its “look policy.”

What’s interesting about the case is that a majority of US Supreme Court justices appeared to be supportive of Ms Elauf’s argument that she was discriminated against. The final decision will be made in May.

But in the meantime, Justice Samuel Alito gave some indication of how important it is use common sense and compassion in hiring. He painted a picture of four prospective hypothetical employees: “The first is a Sikh man wearing a turban, the second is a Hasidic man wearing a hat, the third is a Muslim woman wearing a hijab, the fourth is a Catholic nun in a habit. Now, do you think . . . that those people have to say, ‘We just want to tell you, we’re dressed this way for a religious reason. We’re not just trying to make a fashion statement’.”

But there are other reasons that make the Abercrombie case important. First, the company’s balance sheet indicates a major shift in the attitudes of customers. Profits are falling, millennials say they don’t want to shop at a place that has a “look policy” and treats other people badly. The Guardian quotes “reports last year from Nielson, Harris Interactive and the Boston Consulting Group”, which apparently “found that millennials are more likely to consider sustainability and social responsibility in their buying decisions than previous generations.” Click here for The Guardian story.

It also says that teens are spending more on electronics and “fast casual” restaurants, and less on clothes.

So there is a clear shift away from the A&F fashion cycle. But back to the US Supreme Court case and here’s another important thing it has achieved: it united the faithful – 16 religious advocacy groups from Christians, Jews, and Muslims, as well as Buddhists, Hindus, Santeros, Sikhs, and Zoroastrians – against it against the retailer’s discriminatory policies!