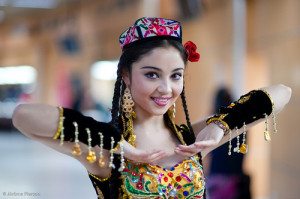 Chinese policies in its western Xinjiang region are creating fertile ground for Islamic extremism, reports Bloomberg, in an attempt to explain why 300 Uighurs recently travelled from China to the Middle East to join ISIL.

In the last 66 years, the Uighurs have, by their own accounts, been systematically sidelined in Xinjiang, mostly because they were in the majority (82 per cent of the population in 1949) and Muslim. So much so that by 2010, the influx of Han Chinese had reduced the Uighurs to less than half (46.3 per cent) of the population. 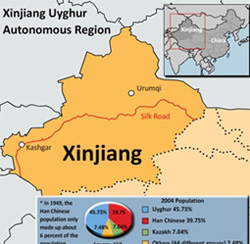 Over the years, the Uighurs felt marginalized and became radicalized and resentful because of a perception that the Han were favoured when it came to business licences and other things. By 2009, street violence was at a peak and in the last six years, the Chinese have cracked down so hard it has become counterproductive.

Consider the measures taken by the Chinese authorities against the Uighurs’ faith:

–       The prohibition of Ramadan and the dawn-to-dusk fast

–       Beards and moustaches are banned

The result, as Bloomberg’s Adam Minter @AdamMinter writes, is that the veil has “become a popular symbol of religious devotion and political disobedience.”

This is ‘counter-terrorism’ sans thought.