Yet another epic TV drama on the Raj. So blooming what? 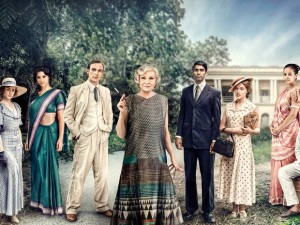 One might be entitled to be a bit perplexed about the tone adopted by sections of the Indian media to a new Channel 4 series on the British Raj. This Outlook piece seemed to alternate between outrage that “British TV executives are struck with pangs of yearning for a big budget retro-imperial programme” and the reality that the Raj is fading from memory. It quotes at least one expert, Somnath Batabyal of the School of Oriental and African Studies, to admit that “British schoolchildren now are not taught about the colonies”.

In other words, many people will watch the new show, Indian Summers, for the same reason that they watch Downton Abbey or Star Wars – compelling sets, takes you far far away.

With the new Raj “epic drama” there’s a bonus – it has a fine cast that includes Julie Walters and the suitably Nehruvian Roshan Seth.

So what does it mean, if anything, in a sociological sense?  Mr Batabyal seems to be indignant that Britain is able romanticise empire in a way that Germany could not fascism.

Outlook quotes him to say: “Would Germany be able to romanticise fascism? No, because they have been taught their history all too well—six million Jews perished in the Holocaust. The Partition of India was the biggest mass migration in history — 10 million were displaced. If you knew all that, would you be able to celebrate it? Instead, you tinge it in sepia tones in silly TV episodes.”

The Holocaust and Empire are not equivalent.

And it’s probably a good idea not to overreact. I thought that Daniel Hannan, a Conservative Party member of the European Parliament, had it just right in his quoted comment for The Daily Telegraph: “Yes, a long time ago, Britons seized India by force and, yes, there were plenty of acts of rapacity and of oppression in the 18th and 19th centuries. But, more recently, India became an ally in the cause of freedom.”

We have to move on from history, possibly leaving it fit only for the small screen.