Will Apple be making hip memory chips for humans in 2080? 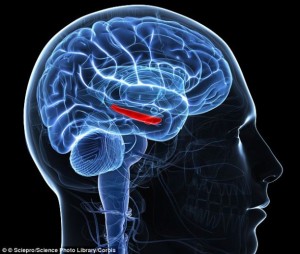 It’s hard not to be fascinated by the thought of a memory chip for the human brain: get a 16 gig and remember events, facts and people from 10 years previously. A 64-GB one would be a bumper number taking you all the way back to your mid-20s. Like eugenics, brain implants seems to be the medical controversy of the future and Jonathan Viventi will probably be the one playing god.

He’s all three – having studied the first at Princeton, the last at the University of Pennsylvania and helped build cellphone networks in between.

According to this rather fascinating story in OZY, the 33-year-old assistant professor at Duke University is making microscopic implants for people’s brains. The key words are microscopic – size matters hugely when it comes to medical implants – and brain. For the moment, the chief application of his pacemaker-style miniature (it’s all of 1 square centimeter and 300 nanometers thick) is to treat epilepsy, but neural prosthetics as it is called has, writes Mike McDowall, “graduated from infancy to childhood”. And that’s when he writes this delicious and exciting bit: “Deep brain stimulation is a treatment for people with Parkinson’s, cochlear implants have become more sophisticated and retinal implants were approved by the FDA in 2013. While it will take years before scientists deliver on their quest for a memory chip — implants to improve or restore human memory — let alone nonbiological consciousness, it may not be that many years.”

So will Apple be making hip, beautifully designed memory chips for humans in 2080?