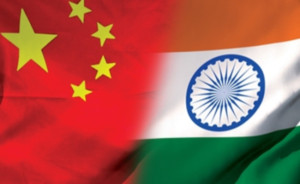 he US is piqued but it makes eminently good sense that Britain is to become a founder member of the new Chinese-led investment bank, the Asian Infrastructure Investment Bank (AIIB).

The decision gives the British an inside track on the $50bn (£33.5bn) bank, which is designed to provide infrastructure funds to the Asia-Pacific region. Washington sees it as a rival to the World Bank. It is quite obviously NOT the World Bank. That’s why the Chinese and Indians have created it. They get to be the big boys at the top table, something they aren’t allowed to do at the WB and the Japanese-led Asian Development Bank.

Washington (correctly) believes Beijing will use the bank to extend its soft power in Asia. Yes, what’s not to like, especially if you’re Chinese?

But the biggest turn off in the White House’s public statement of ill-humour is its “hope” that the UK uses “its voice to push for adoption of high standards.”

The reason the Chinese and Indians have created this is to NOT have another World Bank.

That said, the AIIB’s governance, lending standards and procurement rules will need to be pretty transparent if the institution is to gain credibility.

Britain’s place in the bank – at the centre table – will help.