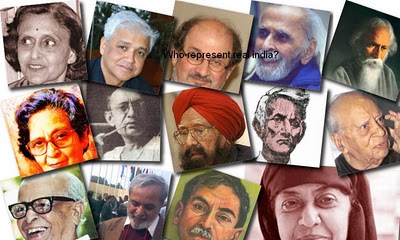 In the article, Mr Taseer admits to being “a member of the English-speaking classes” and that he is a “beneficiary of the tremendous power” it exerts over Indian life. He goes on to bemoan the fact that English “re-enacts the colonial relationship, placing certain Indians in a position the British once occupied”. He says it is even worse than the British Raj because it “has created a linguistic line as unbreachable as the colour line once was in the United States.” English, he quotes American Sanskrit scholar Sheldon Pollock to say, pursues “a scorched-earth policy” of dominance.

And then he goes on to lay bare the “poor literary quality” of works by authentically Indian writers in English, people like Chetan Bhagat, who are hugely popular in India and write about “urgent and important” things but cannot be expected to be read by anyone outside India.

(So what, is my question; so what if they’re not read outside India?).

He bewails the fact that Chetan is not a Tagore, a Munshi Premchand or an Iqbal, who could write with equal facility in both English and an Indian language and blames this on a “break” that somehow occurred in the “deep bi-lingualism” of Indians “around the time of my (his) parents’ generation”.

What “deep bi-lingualism” was that? Not sufficient to do much really.

My father, a surgeon, knew Urdu and English but couldn’t work in the first. My mother, also a surgeon, knew Hindi, Urdu and English, and couldn’t work in the first two. Neither were taught Indian languages in a way that fit the jobs market and there was no demand for Hindi or Urdu in the medical or any other field. (Other than to converse with patients and find out what was wrong with them). It’s been the same with other friends and members of my family. It’s been the same for me.

If the linguistic attributes of my family – university-educated for four generations – and other English-speaking Indian PLUs are any indication, our Indian languages were never the pathway to work.

I don’t know what point Mr Taseer is making other than that somehow we have lost something by wanting to be successful among the English-reading and English-speaking peoples of the world? The Rushdies, Vikram Seths and Arundhati Roys are in this category. Surely there’s nothing wrong with wanting to be read by English-speakers the world over?

And then there are the Chetan Bhagats @chetan_bhagat, who I would say are the Creole element in Indian English writing. They write the way a people speaks and thinks and that is powerful and real. What’s wrong with having writers who address more ‘in-house’, domestic sentiments in the local lingo? They are popular and important but can’t be expected to be read outside India not because they’re bad but because they occupy a position that is material only to where they write and who it is applicable to. Like Miss Lou perhaps, in yesterday’s blog on Creole and Jamaican Patwa? She was a Jamaican writer of great note, with a celebrated facility with Patwa but not widely read among the English-speaking peoples of the wider world.

India is hardly “voiceless” as Mr Taseer describes it, just because it uses English and regards it as a way to be part of the world of work and business and contracts and communication. In fact it has many voices, though some could speak and write better, more grammatically and with more poetry.

The real question to ask is why we’re not teaching Indian languages well enough to have great writers, thinkers and do-ers in Hindi, Bengali and so on? Why aren’t those curriculums and teaching methods better than they are right now in school and university? Why aren’t Indian universities facilitating – and funding – research in Indian languages in India?

Surely it says something about the state of play that Mr Taseer had to turn to Sheldon Pollock in the US to find a Sanskrit scholar worth quoting on English’s role in India.