As in pre-Surge days, Petraeus thinks Iraq is ‘hard but not hopeless’ 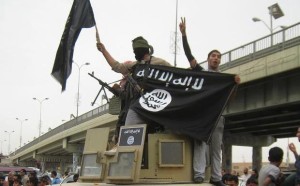 General Petraeus still believes that the situation in Iraq is “hard but not hopeless”. It’s significant – and slightly disheartening – that he is repeating the phrase he used right before the 2007-2008 Surge, with ISIL having taken over more of Iraq than Al Qaeda ever did.

As he said, in an emailed interview with The Washington Post’s Liz Sly while in Iraq last week, “the hard-earned progress of the Surge was sustained for over three years.  What transpired after that, starting in late 2011, came about as a result of mistakes and misjudgments whose consequences were predictable. And there is plenty of blame to go around for that.”

He goes on to describe Syria as “a geopolitical Chernobyl. Until it is capped, it is going to continue to spew radioactive instability and extremist ideology over the entire region.”

That is a pretty dismal summing up on the General’s first visit to Iraq in more than three years. One has to hope that he was able to convey some of his sense of urgency to the people he was with at the annual Sulaimani Forum. A get-together of Iraqi leaders, thinkers and academics, at the American University of Iraq – Sulaimani in northern Iraq’s Kurdistan region, it presumably had enough of the great and the good around.