America’s ambassadors reflect the country? Yes, that fund-raising pays off 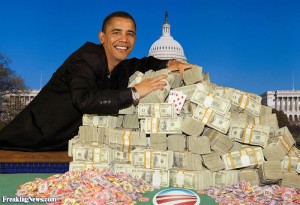 America’s ambassadors reflect the place they come from. In the sense that the US takes initiative and fund-raising seriously and rewards it accordingly. This is the most charitable way to describe the fact that the US often sends, to far-flung outposts, people who are not trained diplomats, don’t seem to be necessarily diplomatic, have no culturally specialist knowledge about the country or region to which they’re assigned as envoy.

Quartz recently repeated some of the consternation over Ambassador  Colleen Bell in Budapest. It pointed out that Ms Bell is an Emmy award-winning producer (the soap The Bold and the Beautiful has won 40 Daytime Emmys) but though this is great it “hardly requires a particular knowledge of Central European culture, languages, or politics.”

But she raised money for President Obama’s re-election and has received her reward. (Check out Diplopundit’s blog  on Ms Bell’s appointment and Senator John McCain’s indignation. He used some choice language, describing her as a “totally unqualified individual” to be posted to a country that’s vital to America’s national security interests.)

But Ms Bell is number five on Quartz’s list of ambassadorial appointments and the money that each raised for the 2012 Obama re-election campaign. Herewith:

Suzi LeVine, US ambassador to Switzerland and Liechtenstein:$1,515,493

James Brewster, US ambassador to the Dominican Republic:$1,121,027