Paul Theroux in America’s Deep South: An Ibn Batuta for the 21st cent 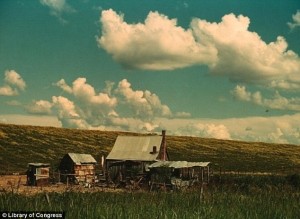 Paul Theroux’s magnificent Smithsonian essay on America’s Deep South, 50 years after the civil rights summer of 1964, is a reminder of why one reads travel writers: to find out what they have learnt on our behalf by travelling through foreign parts.

Even in the 21st century, there is a need for an Ibn Batuta.

Twitter and iPhone 6 photos are all very well and yes, everyone is travelling everywhere, more than ever before. But who would go to Allendale, , “in the rural Lowcountry” of South Carolina, as Mr Theroux describes it, except for someone like him?

There are parts of the South that are sure to be foreign even to Americans. Unless you belong to Allendale, for instance, or had pressing business there, you probably wouldn’t be visiting. Consider Mr Theroux’s first impressions of the town:

“I had a sight of doomsday…It was a vision of ruin, of decay and utter emptiness; and it was obvious in the simplest, most recognizable structures—motels, gas stations, restaurants, stores—all of them abandoned to rot, some of them so thoroughly decayed that all that was left was the great concrete slab of the foundation, stained with oil or paint, littered with the splinters of the collapsed building, a rusted sign leaning. Some were brick-faced, others made of cinder blocks, but none was well made and so the impression I had was of astonishing decrepitude, as though a war had ravaged the place and killed all the people.”
That’s why travel writers remain important. Few would want to stray away from the famously sophisticated cultural pleasures of the Deep South everyone knows, or as Mr Theroux writes “the art galleries of Atlanta, the gourmet restaurants of Charleston, the cities with pro sports or great college teams.” Who but the professional traveller would want to veer away from Georgia and Alabama’s famous golf courses?

But it’s a disquieting picture that emerges. Mr Theroux says that Birmingham, Alabama’s Symphony Orchestra, is “scheduled to perform César Franck’s Symphony in D minor, as I write” but to people around the world, the city might be better remembered for its huge problems in December 2011. At the time, it was faced with the biggest municipal bankruptcy in American history, so much so that some of its poorest people were cut off from the mains water supply and had to use bottled water and portable lavatories. It was a stark reminder of the poverty in the world’s richest country.

But Birmingham has its flash orchestra. That’s good to know and many wouldn’t had there not been travel writers.

(Tomorrow: Paul Theroux and the Gujarati chemist in a ghost town in the American South)