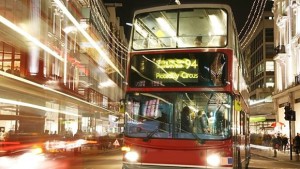 Damien Zane’s BBC feature ‘Sheltering on the night bus’ is one of those rare pieces of journalism – it can make you cry.

It’s heartbreaking to hear Ahmed (not his real name), the 44-year-old Indian failed asylum seeker in Britain, ask the reporter, “so how did you enjoy” the bus rides he uses to get some rest every night.

Ahmed, as Mr Zane’s piece makes clear, “has no job, no place to live and no security. It is hard to imagine what could be worse than this.”

He’s reduced to travelling on the night bus from central London to Heathrow airport to nap during the 80-minute journey. Then, he starts right back and eventually, the night passes.

It’s a harrowing story – the hardship of the nightly journey (Ahmed has been doing this for a couple of years) and the cold comfort of a temporary seat in a marginally safe and warm(ish) place for under two hours.

Some might say that Ahmed, who left India after the Gujarat riots of 2002, could alleviate some of his troubles rightaway – he could just go home. To India. But he’s resolved not to leave the shadowy ranks of the estimated 175,000 failed asylum-seekers in Britain who’ve dropped below the radar and are determined to tough it out on the streets (and buses) of Britain.