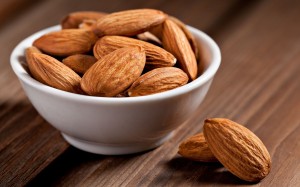 Everyone’s at it, as California almond and pistachio grower Brad Gleason has complained: nut-farmers are being reviled in the drought-hit state and  “the whole equation seems to be reduced to a single number wielded by our critics – it takes one gallon of water to grow one nut.”

Mr Gleason has a right to be indignant, but those are pretty powerful statistics. Tree nuts, which includes almonds, brazils, cashews, hazelnuts, macadamias, pecans, pine, pistachio and walnuts are heavy consumers of water. It’s less than beef, but more than chicken or dairy and a great deal more than most fruits and vegetables, as Justin Fox points out on Bloomberg View.

But all the blame, as he goes on to argue, should not be heaped on the nut-growers.

Mr Fox recalls a one-year stint as a farm and business reporter in (California’s) Central Valley in the 1980s, “just as Gleason was planting his first almond trees”. There was a five-year drought, which lasted till 1992 and he says he remembers “the extension agents from the University of California urging farmers to move from cotton and alfalfa to crops that brought in more revenue per gallon of water used.”

The end result was, this. “A few counties along the coast between San Francisco and Los Angeles responded by becoming berry-growing juggernauts, in the Central Valley the big shift was to nuts,” he writes.

Perhaps it’s time the extension agents go out in the hinterland again.