Farming is the lifeblood of India; it shouldn’t be death to its farmers 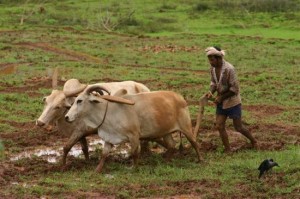 So what can be done about India’s huge population of farmers? It’s not realistic (or sensible) to seriously consider moving India away from agriculture, as a knee jerk response to farmer Gajendra Singh’s desperate made-for-camera suicide.

Consider the confessions of the India Brand Equity Foundation, a Trust established by different ministries of the Indian government to promote Prime Minister Narendra Modi’s “Made in India” campaign all over the world.

The IBEF says: “Despite the focus on industrialisation, agriculture remains a dominant sector of the Indian economy both in terms of contribution to gross domestic product (GDP) as well as a source of employment to millions across the country.

“Agriculture plays a vital role in the Indian economy. Over 70 per cent of the rural households depend on agriculture as their principal means of livelihood. Agriculture, along with fisheries and forestry, accounts for one-third of the nation’s GDP and is its single largest contributor.”

“In view of the predominant position of the agricultural sector, collection and maintenance of agricultural statistics assume great importance.”

Dhiraj Nayyar has some good suggestions over at Bloomberg when he stops saying that farmers sell their land to putative factory developers.

–   a massive national irrigation upgrade programme. Gujarat and Madhya Pradesh have had the highest growth in agricultural yields in the last decade and it is surely no coincidence that both invested large amounts in extending irrigation networks

–   Allow for some phased entry of genetically modified crops, if they are suitable for local conditions