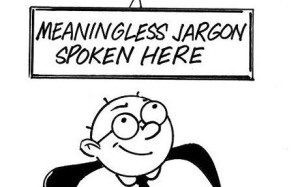 As someone who’s made her living with words for years, I feel particularly moved to write a series on the global attempt to spread incomprehension.

As George Orwell put it, nearly 70 years ago, the work of prose construction is habitually dodged by means of dying metaphors, verbal false limbs, pretentious diction and meaningless words. Click here to read his famous, still unbeatable, profoundly true essay, but if you don’t, we will discuss some of the high points as we go along. 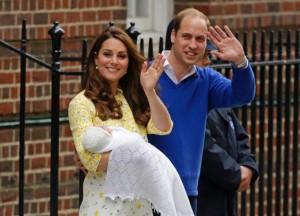 First though, here’s an example from Saturday’s initial feverish reporting on the Duchess of Cambridge going into labour. Hours before the baby Princess of Cambridge was born, the BBC’s Nicholas Witchell reported that the Duchess was in St Mary’s hospital in Paddington with “Prince William and their medical advisors”. Dear me, wouldn’t that be doctors?

It’s a good example of the attempt to invest a statement with gravitas, what Orwell called “pretentious diction”.

He meant the use of words like phenomenon, element, individual (as noun), objective, categorical, effective, virtual, basic, primary, promote, constitute, exhibit, exploit, utilize, eliminate, liquidate. Or indeed “medical advisors” when doctors would do.

All of these words, as Orwell wrote, “dress up a simple statement”. He was critical of the use of adjectives like epoch-making, epic, historic, unforgettable, triumphant, age-old, inevitable, inexorable, veritable “ to dignify the sordid process of international politics”. And he pointed out the tendency to use foreign words and expressions such as ancien regime and deus ex machine “to give an air of culture and elegance”.