Unknown knowns: Is it good that the language of science is English? 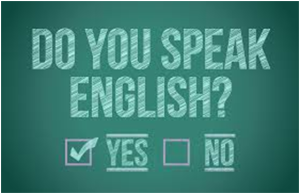 Michael D Gordin, a historian of modern science at Princeton has a great piece in Aeon magazine about how the natural sciences –  physics, chemistry, biology, geology – have become totally monoglot. Now, he writes, they are totally Anglophone and thereby much different from what they were a century ago.

“A century ago,” he writes, “the majority of researchers in western science knew at least some English, but they also read, wrote and spoke in French and German, and sometimes in other ‘minor’ languages, such as the newly emergent Russian or the rapidly fading Italian.”

He should know. He’s just written a book ‘Scientific Babel’. 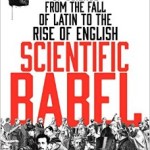 Anyway, Mr Gordin doesn’t think it’s a grand idea for contemporary science to use English “almost to the exclusion of other languages.” He says that no one should be fooled by its apparent efficiency. He mentions synthesizing benzene derivatives. It might seem as if you can do it quicker, better and with less trouble in just the one language and there’d be no worry about translation. By English-ing science, he says, it might almost seem that the world has finally “focused on ‘the science’ and not on superficialities such as language.”

Mr Gordin points to scientists who are not native English speakers, claiming that they constitute “the majority”. He says they spend lots of time learning English, seeming to indicate that this is a bit of a waste. Whatever the logic of that, he says Anglophone science “is not more efficient than polyglot science – it is just differently inefficient.”

Other than this somewhat hard-to-follow argument (that non-native English-speaking scientists have to waste time learning the language) I’m not sure why Mt Gordin objects to a monoglot science. In general, of course, multilingualism has to be a good thing, offering diverse points of view with different imagery and emphasis.

The costs, as he puts it delicately, include being ignored if a scientist publishes in “anything other than English – and in anything other than a leading journal”. He cites as an example of a monoglot monopoly on merit, the 1869 near-tragedy that would’ve meant Dmitri Mendeleev losing credit for developing the periodic table. He had published in Russian not German.

To reach a world market, you have to speak, read, write and publish in the accepted world language.

Some would say the monoglot characteristic of science is reflected in literature too. Though each language may have its own literature, it is the English translation that gets it world attention.