Mona Lisa’s duckface? The world changes with every word we make up 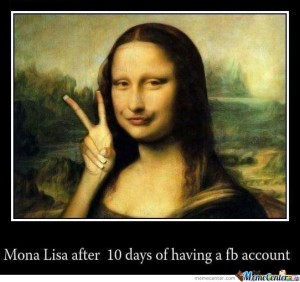 Does the world change with every word we make up to describe it?

It’s a good question and probably best answered by considering the word “duckface”. This was defined by Collins Dictionary last year as “a pouting expression when posing for a photograph”. As The Economist blogged at the time: “Until someone pointed out ‘duckface’ in self-portraits, I had never noticed it. Now that I have the word in my vocabulary, I can’t help but notice it, a small bit of evidence for Whorfianism.”

So there you have it. Whorfianism. Or the Sapir–Whorf hypothesis, which is loosely about language having an impact on thought, though there is much quibbling about whether it determines it or merely influences it. (Linguist Edward Sapir and his student Benjamin Lee Whorf have given their names to this, though they apparently did not suggest this hypothesis and certainly not as co-authors.)

Anyway, the very word “duckface” makes me look for it. And use it.