What do you call a man who says he’s a woman now? Caitlyn Jenner 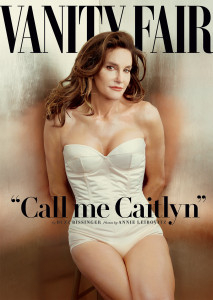 What do you call a man who says he’s now a woman?

A hot political potato, that is. For the Republican Party.

Its presidential candidates are being asked to comment on the transformation of Olympic decathlon star  and reality TV figure formerly known as Bruce and it’s tying them in knots.

Within days of the release of Ms Jenner’s Vanity Fair cover photo, candidates were being asked to comment. The party is not sure it wants to welcome (or at least so publicly welcome) transgender people.

So they’d rather not talk about it. Or speak so carefully it sounds all strangled.

Rick Santorum, for instance, decided to go by the self-definition yardstick. He told a reporter: “If [Jenner] says he’s a woman, then he’s a woman.” But even that was too outrageous for the more conservative spectrum of opinion and he had to hastily clarify that he had only meant to “express empathy not a change in public policy.”

Mike Huckabee joked about it way back in February and now he’s refusing to talk about it again.

That may be the most sensible position, as Kathleen Parker has pointed out in an opinion piece in The Washington Post.

What do you really say about a man who says he’s a woman but retains his male organs? Ms Parker says it’s an unnecessary question because “sex organs are irrelevant to gender identity. Simply put, sexual orientation concerns with whom you have sex. Gender identity, which forms early in life based on multiple factors both pre- and post-birth, concerns who you are, male or female, regardless of the equipment you were born with.”

Ms Parker’s piece is particularly important for its plainspeak about the whole Jenner issue: transgenderism isn’t a threat to the Republican Party or the US (or indeed the world) and societal change is fine so long as it’s organic and not forced through in a phony way by sections of the “big media” having a debate amongst themselves.