@JemayelK & end of discussion: Outrage makes for ‘sham of discourse’ 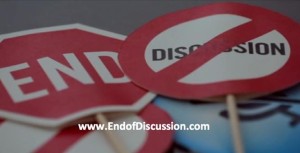 Jemayel Khawaja @JemayelK, managing editor of Thump (from the Vice group) metaphorically shakes his head over the “culture of outrage”. He writes: “On the internet, you are the judge, jury, and executioner, and you can enact your verdict with a single click. As this week’s frenzied uproar on social media surrounding Lithuanian house producer Ten Walls’ idiotic comments about homosexuality reminded us, we live in a culture of outrage.” (For those who may not be au fait with this particular row, earlier this month, Mr Walls a.k.a Marijus Adomaitis posted a note on Facebook in which he likened gay people to paedophiles and also said they were “people of a different breed” who need to be “fixed”.)

What does Mr Khawaja mean? As he points out, “Ten Walls’ statements were undeniably outrageous” but the lack of nuance and subtlety in the digital content cycle is creating “a troubling pattern: Offense! Outrage! Response! Vindication! Next!”

That, he says, fits “the fast-shrinking attention span of the internet audience…Stories come readymade in bite-sized, polarizing morsels primed to be chewed up and spit out by the end of your scroll.” And he describes “electronic admonishment” as a “hollow sham of discourse”.

This is the reason Guy Benson and Mary Katharine Ham’s new book ‘End of Discussion’ is enormously important. As they say, “it’s impossible not to acknowledge that social media makes manufactured outrage storms much easier to execute. Spaces like Twitter lend themselves to group action, which can be used for good and for ill. We’re encouraging people to take a breath and chill out a little more often.”